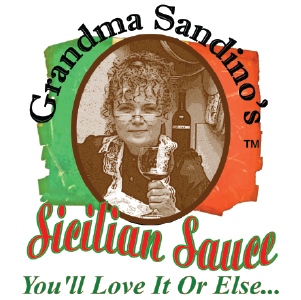 In 1986, I visited Baltimore, Maryland and was taken to dinner at the best Italian restaurant that I had ever experienced. Part of the dinner was a salad with their “House” blue cheese vinaigrette. It was so fantastic that I bought a bottle to take home. After about a month, I had used up half the bottle, and realized that I was not going back to Baltimore. So I spent one whole Saturday tasting, testing, and recreating the dressing. By the end of the day, I had mastered the formula!

That was the beginning of what my friends, neighbors, and family have called for years “Dave’s Famous” and most still do. Finally, in January of 2011, I started the process of taking it to market. It took until July to get the final sign off and here we are, selling our “Dave’s Famous” sauce. But this name was too close to Famous Dave’s Restaurant, I knew we had to change the name.

On August 8, 2008, I married my beautiful wife, Mary Sandino. On that day she became a grandma to my grandchildren, hence the name “Grandma Sandino’s Sicilian Sauce.”

I’m working on new formulations and approvals, and when completed, the “Three Cheese and Italian Blue” will be available. And there are more to come. Keep checking back for more details!